The 2009 bay mare SANTA BARBARA JUELL V is the result of breeding the already linebred *Ali Jamaal son, JULLYEN EL JAMAAL (x jullye El Judjin) to his paternal half sister, SWEET SHALIMAR V (x Sweetinspirationv) resulting in a mare who is tall and stretchy, yet feminine and elegant.

Bred by the late Sheila Varian, SANTA BARBARA JUELL V earned Scottsdale Signature Stallion Top Ten honors as a yearling in her only show outing, placing first on one judge’s card.  SANTA BARBARA JUELL V was put into production as a broodmare at the earliest opportunity, and at the age of 4, she produced the first in what seems to be a never-ending stream of fillies.

To understand the significance of her position in Arabian horse history, it must be noted that SANTA BARBARA JUELL V is the last daughter of one of the most successful mares in the astronomically successful Varian program – the beautiful bay Ali Jamaal daughter Sweet Shalimar V ( x SweetinspirationV by Huckleberry Bey V++); thus, direct descendant in tail female to some of the aristocrats of Arabian horse history – Sweetinspirationv, Spinning Song, Moska, Baychatka++, and finally, one of the three mares famed English breeder Patricia Lindsay purchased for Sheila Varian in Poland, the little powerhouse mare, *Bachantka (WielkiSzlem x Balalajka by Amurath-Sahib).  A maternal half sister to both *Bask and Bandola, *Bachantka enjoyed a brief, but successful show career in the U.S., but it has been the incredible consistency of the mare line she has produced over the years that has made her one of the most admired and respected mares in Arabian horse history.

The *Bachantka daughters are the stuff of Arabian horse legend.    Bachista V (by Ariston) gave us the national champion, Bravado Bey V.  The petite Balalinka, who was the result of breeding the Balalajka daughter, *Bachantka to the Balalajka son, *Bask++, gave us Barbary+++, as well as several other national winning sons and some very good daughters. The *Bachantka daughter Bayanka (by Bay Abi+) is most notable for having produced the Khemosabi++++// son, Kaiyoum++, Canadian National Champion and sire of his own mare dynasty.  And the incredible proliferation of winners goes on and on.

All those champions aside, perhaps the most significant *Bachantka daughter in that list of stellar mares is the beautiful Baychatka++.  A champion herself, Baychatka++ didn’t produce the number of champions some of her sisters did, but she did produce seven  daughters, and one of them was Moska (by Khemosabi++++//).   According to an Arabian Horse World tally, Varian Arabians has produced more AHW Aristocrat Mares than any other farm in history, and a great number of the mares on the Varian AHW Aristocrat Mares list belong to the *Bachantka family -and more specifically, the Moska family, of which SANTA BARBARA JUELL V is a member.  Moska herself is an Aristocrat Mare with 11 champions – and 11 descendants on the AHW Aristocrat Mare list, and as of 2018, the Moska daughter, Mosquerade V (by Huckleberry Bey++) is tied for first place on that prestigious list with her very close relative, Kaiynda Special by Kaiyoum++ (a full blood brother to Moska).

So celebrated is the *Bachantka->->Baychatka->->Moska->->Spinning Song->->SweetinspirationV->->Sweet Shalimar mare line that the first three of those mares was featured on the cover of the March 2016 Arabian Horse Times‘ article, “A Lifetime With Arabians” which detailed Sheila Varian’s Ten Commandments of Breeding and which pictured all of these mares, down to Sweet Shalimar and several of her daughters, including her last daughter – SANTA BARBARA JUELL V, within the article.

SANTA BARBARA JUELL V’S sireJullyen El Jamaal (Ali Jamaal x Jullye El Ludjin by Ludjin El Jamaal) is said to have been selected by Sheila Varian for the express purpose of covering her Moska-bred mares, and the intensely linebred (to Ali Jamaal) stallion certainly did that with remarkable success, particularly his Sweet Shalimar daughters.   A western pleasure and halter champion himself in very limited showing,Jullyen El Jamaal was a leading sire of performance horses, and he has also made his mark as a sire of sires and broodmares who are producing offspring who are garnering national and regional titles in many disciplines. 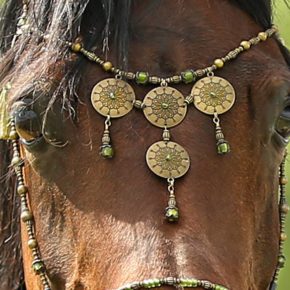 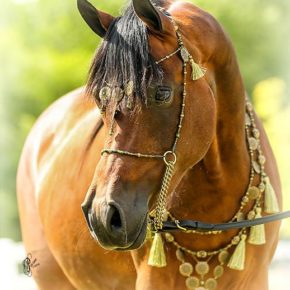 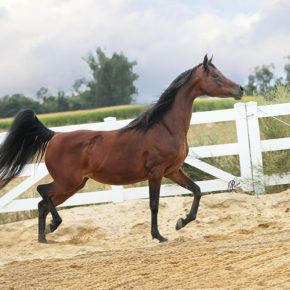 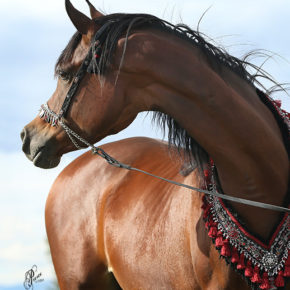 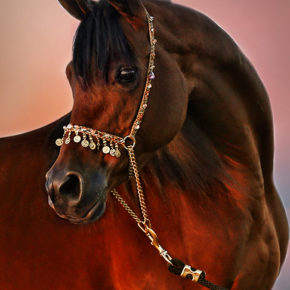 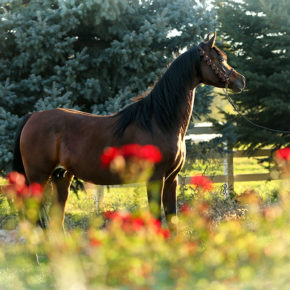 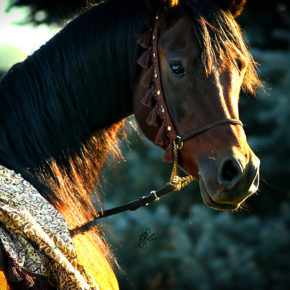 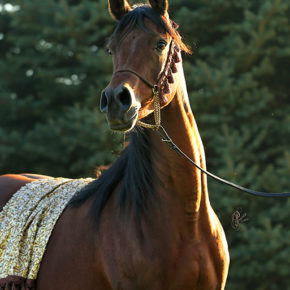 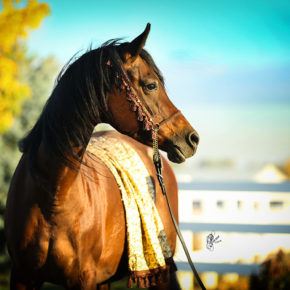 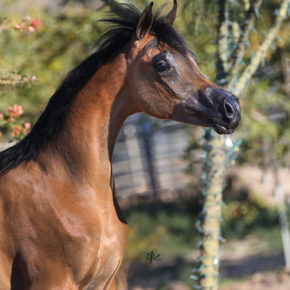