Sold! Congratulations to her new owner in Idaho!

Zee is a flashy bay daughter of Shah Azim and Mimis Memory by Kaiyoum. She has many full siblings that have been very successful in the show ring as well as the breeding shed. Although Zee has not been shown, we are excited to have found such a beautiful mare to add these treasured bloodlines into our breeding program. 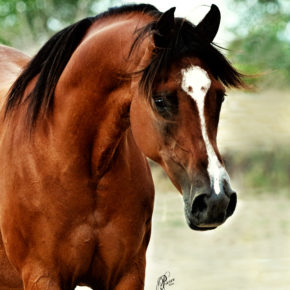 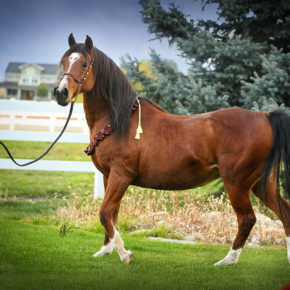 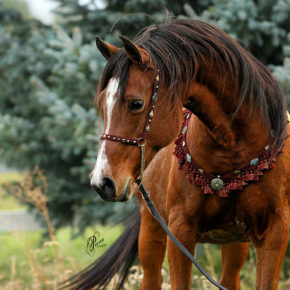 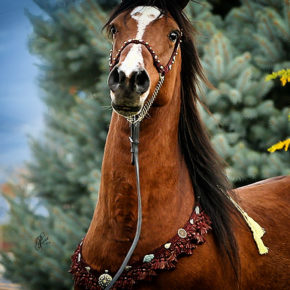 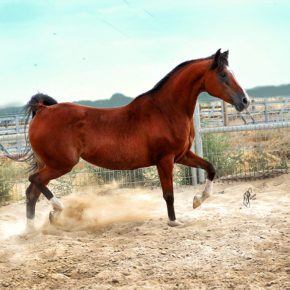 The nick of BEY SHAH+ and JUDA becomes even more significant when one realizes that JUDA is actually a 7/8 sister to BEY SHAH+’s dam. JUDA is by *BASK++ out of ZAYNAH, a daughter of GA’ZI and ZIMADA. ZAYNAH is a 3/4 sister to LLANA++, maternal granddam of BEY SHAH+. BEY SHAH+ has crossed very effectively with mares closely related to his dam, and this combination has produced a significant number of regional and National winners. One of BEY SHAH+’s top producing daughters, NV SHANTEUSE, is also the result of linebreeding to horses in his dam line. NV SHANTEUSE is out of GA RYNA, a 3/4 sister to JUDA’s dam ZAYNAH. NV SHANTEUSE is the dam of 3 National winners and 2 National Champion producers including U.S. National Champion Mare and multiple National Champion producer NW SIENNA PSYCHE. 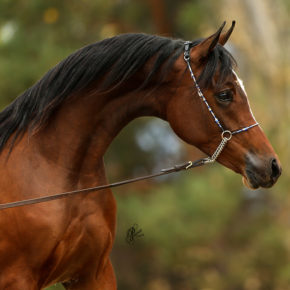