Inspected and approved by the American Hanoverian Society and Westfalen NA. 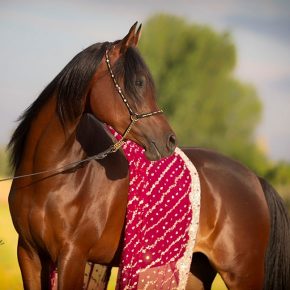 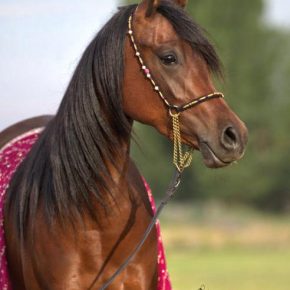 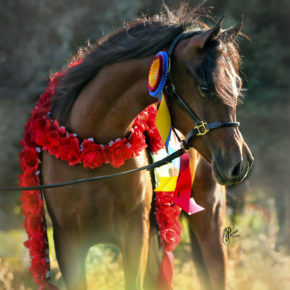 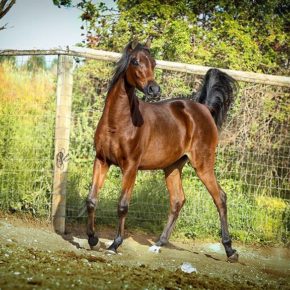 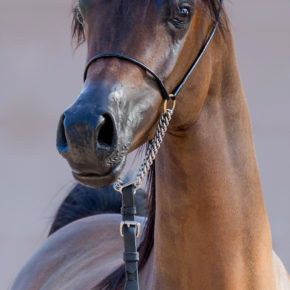 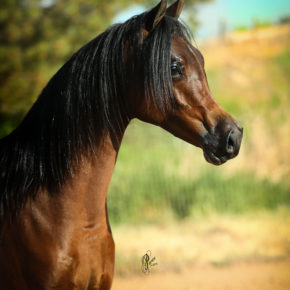 ATHENA MRF is, in fact, the first – and thus far, ONLY – *KanzAlbidayer foal to win a U.S. National Championship.

It is an incredibly powerful and significant pedigree.

Phenotypically, ATHENA MRF’s sire, KanzAlbidayer, is arguably the most prepotent stallion in the world for head type – and he certainly contributed that to ATHENA MRF.  She has the dished face and large, dark eyes so often seen on Kanz offspring.

The rest of Kanz’s conformation seems heavily influenced by his lovely dam, DL Marielle, as was undoubtedly the plan of his  breeder Sheikh Mohammed Bin Saud Al Qasimi.  A full sister to National and World Champion Marajj, DL Marielle (out of the dynastic producer, RGA Kouress) is also half sister to ATHENA MRF’s dam, Empress of Marwan, concentrating the influence of 3-time World Champion and sire of many World Champions, the great Marwan Al Shaqab.  It might also be surmised that DL Marielle contributed a bit more elegance of the throatlatch to her son, courtesy of her sire, Marwan.

ATHENA MRF’s dam, Empress of Marwan, herself a multi-champion mare, is a product of a cross that has enjoyed considerable success in the Arabian horse show ring, that of Gazal Al Shaqab or Marwan blood crossed with Ali Jamaal blood.  Multi-National and World Champion Stallion, Hariry Al Shaqab (Marwan Al Shaqab x White Silkk by *Dakar El Jamaal) is a good example of that family blend, and Hariry is a 3/4 brother to Empress of Marwan.

Empress of Marwan’s sire, Marwan Al Shaqab, needs no introduction as both his show and siring records are unparalleled in modern Arabian horse history.

Empress of Marwan’s dam, the lovely grey mare, FH Djamila (*Dakar El Jamaal x Nughayma by *Nugad) was a multi-top national ten halter mare and a National Champion AAOTH before being exported to France.  Perhaps because of her long and successful show career, FH Djamila only produced four foals, including Empress of Marwan, before her export.   Though only two of her daughters have bred on to date,  those daughters, Empress of Marwan and  FH Jadore by Rodan LTD+//, are producing well.  FH Jadore produced the lovely, charismatic grey filly FH Jemina (by Eminence PS) who is already a regional and national winner.

The success of ATHENA MRF’s family is, by any standard, quite amazing.   The fact that the lines are concentrated in the way they are, breeding champion after champion, should be sufficient proof to convince even the most cynical of breeders that the family’s success is no fluke.

With a champion-filled pedigree and a solid start to her own show career, ATHENA MRF can be expected to make even more significant contributions to the breed in the years to come. 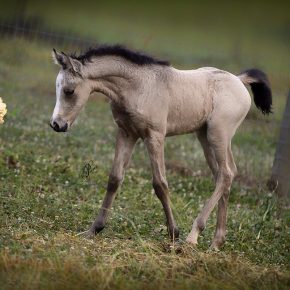