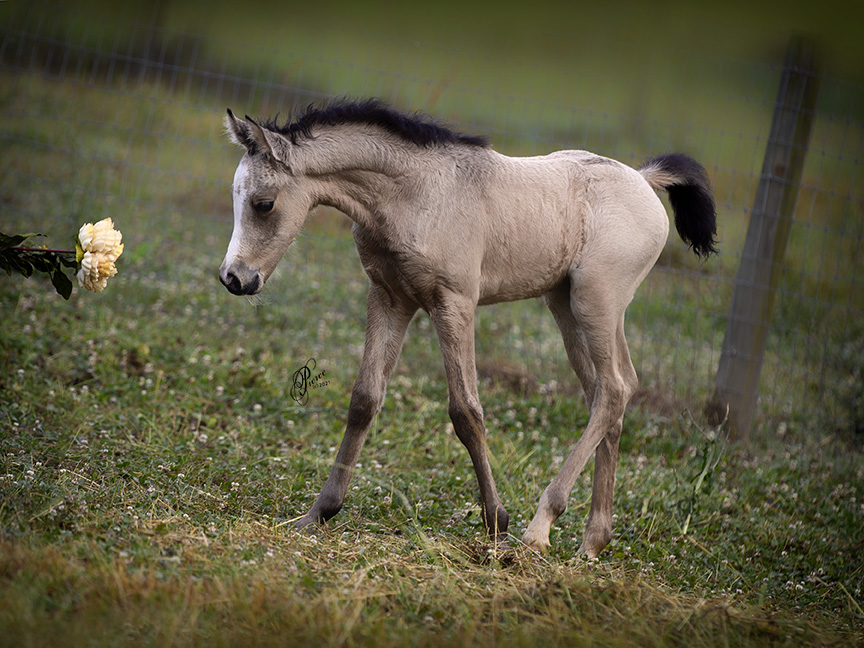 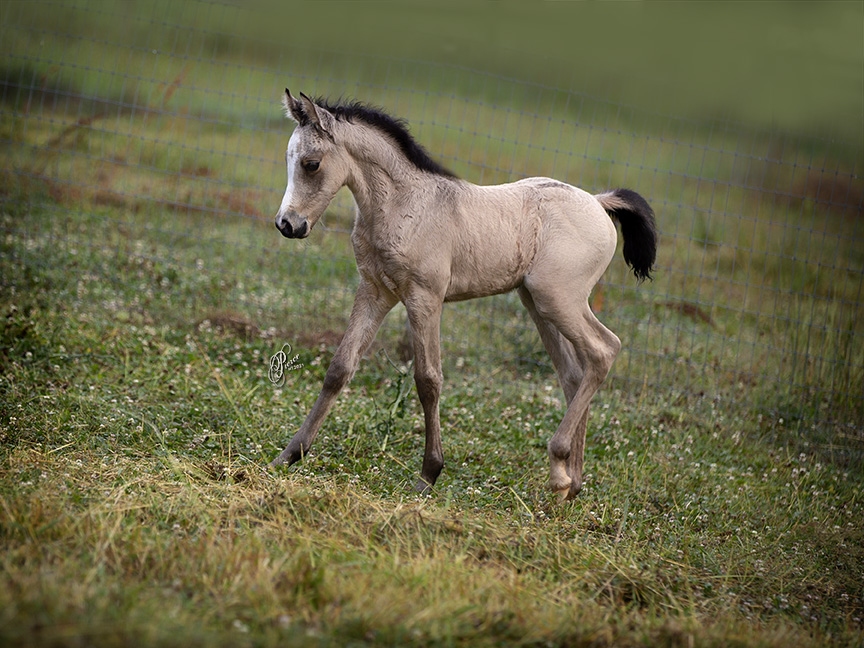 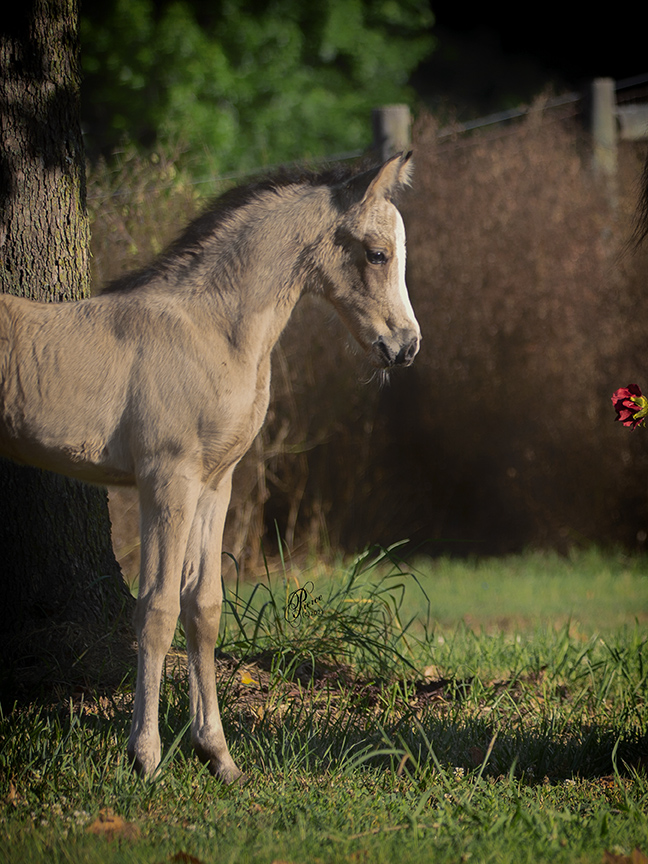 Artemis MRF is a buckskin filly sired by the German Riding Pony stallion, Milky Way (FS Mr. Right/Danny Gold/Idzard), and out of two-time national champion, Athena MRF (Kanz Albidayer/Marwan Al Shaqab/Dakar El Jamaal). Exemplifying the perfect blend of the parents, Artemis MRF, is making history at Moss Rose Farm, by being our second, second generation foal, and our first dual registered half-Arabian and German Riding Pony. Artemis is everything one could hope for from this cross, a long elegant neck, typey face and ears, and a lovely trot.

Artemis’ sire, Milky Way, represents the treasured cross of Golden Dancer and Dornik B. Milky Way is sired by premium and national champion stallion, FS Mr. Right and out of Verband States Premium mare Cyrana Du Bois (xDanny Gold). Milky Way has begun to make a name for himself both in the show ring and the breeding shed. At his first FEI 5YO test he won with a score of over 74%. As a young and upcoming sire, his offspring have yet to be tried in competition. However, over 90% of his foals that have been inspected, were also awarded Premium status.

With a pedigree filled on top and bottom of successful show horses and producers, Artemis MRF is sure to succeed both as a top dressage competitor and as a future breeding horse.